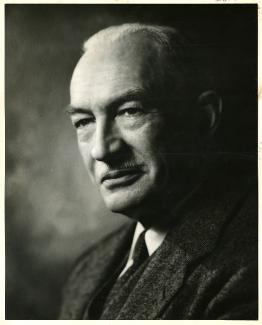 Outstanding among the department's rare book holdings is the Jerome P. Webster Library of Plastic Surgery, perhaps the most comprehensive collection on the subject in the world. Comprised of more than 5,000 books, at least 29,000 reprints, and over 100,000 photographs and drawings, it documents the history of plastic and reconstructive surgery from the 15th into the mid-20th century.

Jerome Pierce Webster (1888-1974) was professor of surgery at Columbia from 1928 to his death and was the first director of plastic surgery at Columbia-Presbyterian Medical Center. A leader in his profession for over 30 years, Webster was also a historian and bibliophile. He created the library to assist his research on Gaspare Tagliacozzi (1545-1599), whose treatise De Curtorum Chirurgia per Insitionem (1597) is the earliest published work on plastic surgery. Webster co-wrote, with historian and librarian Martha Teach Gnudi, The Life and Times of Gaspare Tagliacozzi, Surgeon of Bologna, 1545-1599 (1950), the only full-length biography of Tagliacozzi in any language. Acclaimed as a classic of medical biography upon publication, the work won the Welch Medal of the American Association for the History of Medicine in 1951.

The library contains seven copies of the first edition of De Curtorum, as well as two copies of the scarce pirated edition of the same year.  Also included are books by or about Tagliacozzi's colleagues; histories of Bologna and its University; and many works of Renaissance medicine and surgery.

Copies of every landmark in the history of the plastic surgery can be found in the Library, including Carpue's An Account of Two Successful Operations for Restoring a Lost Nose (1816); von Graefe's Rhinoplastik (1818); Delpech's Chirurgie Clinique de Montpellier (1823-28); and Dieffenbach's Chirurgische Erfahrungen (1829-34), to name only a few. There are also several thousand European student theses on plastic surgery largely dating from the 19th and early 20th centuries.

Webster conceived of his library as a broad resource for the history of surgery in general. It includes one of the first anatomical works published in English (1553), the first work devoted to burns (1607), the first book on skin transplantation (1804) and a wide range of surgical works in English, Latin, French, German and Italian from the 16th into the 20th century.

In addition, the department holds Webster's papers which, besides documenting his career in plastic surgery, hold many records relating to the creation of his library.  For more information about the Webster Papers, please consult the Webster Papers finding aid.

Jerome P. Webster was born August 2, 1888 in Ashland, N.H., the son of the Rev. Lorin Webster, the Headmaster of the Holderness School. He was educated at Holderness, Trinity College and Johns Hopkins, where he received his M.D. in 1914. After residency at Hopkins, he served in the U.S. Army Medical Corps during World War I and saw action at Toul, Chateau Thierry, and St. Mihiel, eventually winning the Croix de Guerre with palm.

Webster became the first surgical resident at the Peking Union Medical College upon its opening in 1921. He remained at P.U.M.C. only until 1925, but retained a life-long attachment to China and its people, serving for many years on board of the American Bureau for Medical Aid to China.

After an intensive study tour in Europe, Webster joined the Department of Surgery of the newly-opened Columbia-Presbyterian Medical Center in 1928. At the prompting of department head Allen O. Whipple, Webster established the Department's Division of Plastic Surgery where, over a quarter century, he trained scores of men who would become leaders in the field. During World War II, he was Director of the Army Courses in Plastic and Maxillo-Facial Surgery at Columbia and was consultant in plastic surgery to the Surgeon General.

At his death on November 14, 1974, Webster bequeathed his distinguished library to Columbia University. The Archives and Special Collections' Geraldine McAlpin Webster Reading Room is named after his first wife.