Archive for Sloane Hospital for Women 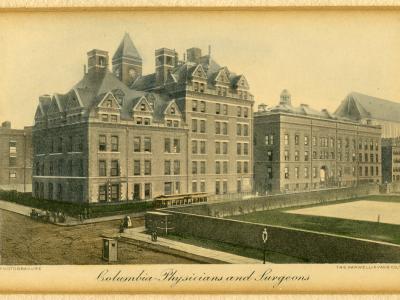 On December 29, 1887, opening ceremonies were held for New York City's newest medical wonder, the Sloane Maternity Hospital.  Established with a generous gift from William and Emily Thorn Vanderbilt Sloane, the building cost slightly over $156,000 to build and equip.  The couple were emulating an earlier gift by Emily's father, William Henry Vanderbilt, who in 1885 had given to the College of Physicians & Surgeons (P&S) $300,000 and most of the block lying between 59th & 60th Streets, Columbus and Amsterdam Avenues, on which to build a new home.  At the time, it was the largest