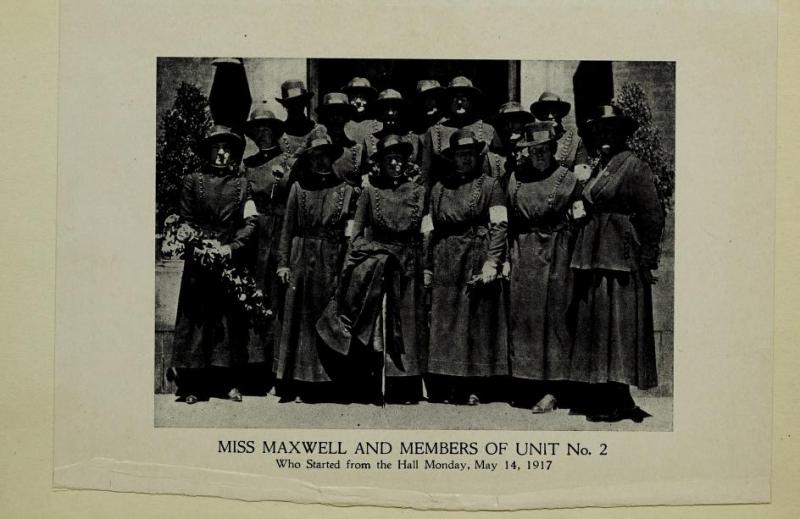 Archives & Special Collections at the Columbia University Augustus C. Long Health Sciences Library is pleased to announce the digitization of the Quarterly Magazine, the publication of the Columbia University-Presbyterian Hospital School of Nursing Alumni Association.  The issues included date from 1906, when the magazine was established, through 1952 with the exception of the 1922-26 volumes which were too fragile to digitize.

The Presbyterian Hospital Training School for Nurses was founded in 1892 and became part of Columbia University in 1937.  It is now known as the Columbia University School of Nursing.  The Alumni Association (originally the Alumnae Association) was established in 1899 to “create and promote a common fellowship among graduate nurses.” By 1952 the School had about 2500 living alumnae, most of whom were members of the Association.

The volumes digitized contain more than 10,000 pages and are a rich source for both the history of the School and for nursing in general.  The magazine contains letters from alumni writing about their nursing experiences in far-flung corners of the world as well as during both World Wars.  The early issues also functioned as an alumni directory making them a valuable source of biographical information about early 20th century North American nurses.

The magazine can be accessed through the Archives & Special Collections’ Digital Collections page on its website: http://library-archives.cumc.columbia.edu/digital-collections-columbia-university-health-science-schools

It can also be found through the Medical Heritage Library, a digital curation collaborative among some of the world’s leading medical libraries.

The project was made possible through a generous gift from the Columbia University-Presbyterian Hospital School of Nursing Alumni Association.

Image: Presbyterian Hospital nurses serving in France at Base Hospital No. 2 from the July 1917 issue of The Quarterly Magazine.