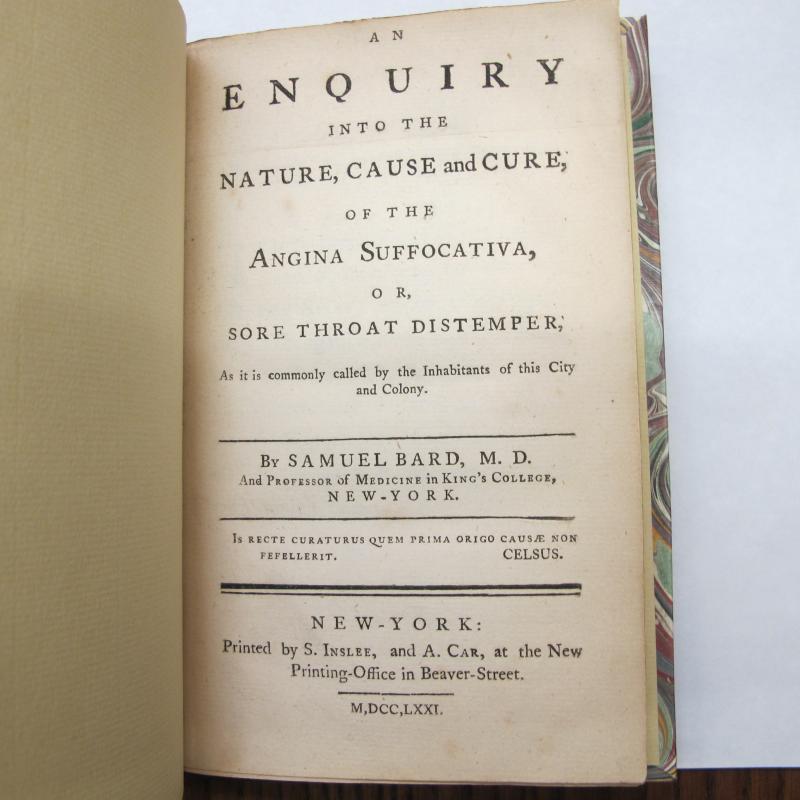 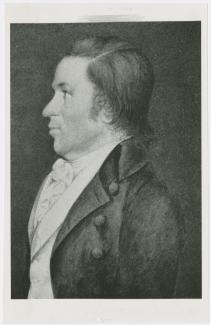 Archives and Special Collections is pleased to announce its acquisition of Samuel Bard’s An Enquiry into the Nature, Cause and Cure, of the Angina Suffocativa, or, Sore Throat Distemper.  Published in New York in 1771, this little book of only 32 pages is one of the earliest accurate descriptions of diphtheria as well as being one of the first original contributions to pediatrics made by an American.  A relatively rare work of medical Americana, this Bard title was previously missing from the Columbia University Libraries’ holdings.

Samuel Bard (1742-1821), the son of the physician John Bard, was a founder in 1767 of Columbia’s medical school, the College of Physicians and Surgeons and he served as the school’s dean for much of its first decades.  When New York City was the nation’s capital, Bard served as Washington’s personal physician and in 1789 he performed a delicate surgical operation on the president that saved Washington’s life.

Bard turned 29 the year the book was published and had received his medical degree from Edinburgh only six years earlier.  Yet diphtheria was so rife in this age before antibiotics that he could cite numerous cases he had seen. He recognized the disease as infectious and for treatment had found success with doses of calomel, opium, and “decoction of snake root.”

Well-regarded in its day, Bard’s work had the distinction – unusual for an American medical work of this era – of having a French translation published in 1810, a copy of which Archives & Special Collections purchased last year. Later commentators were equally complimentary, with Sir William Osler calling it “an American classic of the first rank.”

With 2017 marking the 250th anniversary of the College of Physicians and Surgeons, we are happy that this important work by one of our founders has finally entered our collections.