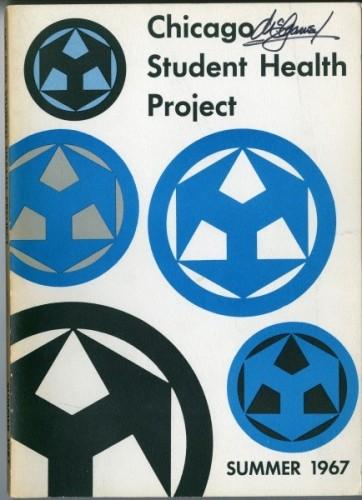 The 1960s was known as a time of social upheaval, political protests, and changing cultural norms in the United States. The decade was marked by many movements: the peace movement or anti-war movement, environmental movement, feminist movement, Black and Chicano power movement, sexual liberation, student activism, and a general youth movement. A trend in multi-disciplinary approaches blossomed in this context, including the fields of medicine and health care services. On the heels of the Civil Rights Act of 1964 in the autumn of 1965, a collective of students from schools in medicine, dentistry, nursing, and social work from twenty-five schools throughout the United States (known as the Student Health Organizations or “SHO”), first assembled for a 2-day meeting at the University of Chicago for the purpose of improving health care services for underserved communities, often poor, minority urban or rural populations.

Archives and Special Collections has acquired an important collection relating to SHO and medical student activism, the history of community health, and the New York City’s public hospital system, with the gift of the Michael R. McGarvey papers.

Trained at the University of Southern California’s School of Medicine (1963-1967; M.D.), Michael “Mick” McGarvey was instrumental in the foundation of the Student Health Organizations (SHO). The initial assembly in Chicago led to a fellowship program in community health, held in California in the summer of 1966, named the “Summer Health Projects.” The USC College of Medicine was a co-sponsor for the project, along with the Student Medical Conference of Los Angeles (USC-SMC). The fellowship supported the work of medical, dental, nursing, social work students from 40 institutions in 11 states, working in impoverished areas of California. According to McGarvey, “interdisciplinary teams of students consulted with a local, community-based preceptor,” giving these projects a grass-roots, community-driven voice. These summer projects continued during the life of the SHO.

Examples of Student Health Project reports from the McGarvey Papers: 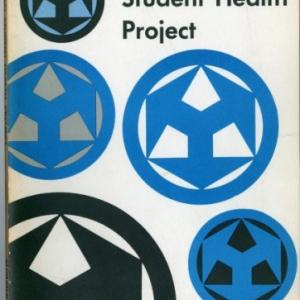 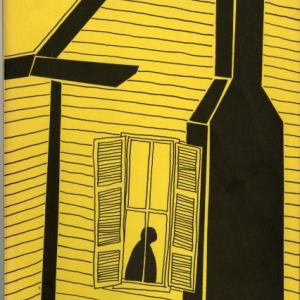 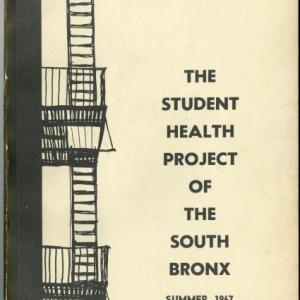 The 2nd Assembly of Student Health Organizations was held at the Bronx Community College of Nursing (February 10-12, 1967), co-sponsored by the College of Nursing and the Albert Einstein College of Medicine. Subsequent assemblies were held in Detroit (February 22-25, 1968), Philadelphia (November 7-10, 1968) and Boston (1969).

SMC and the Student Medical Forum 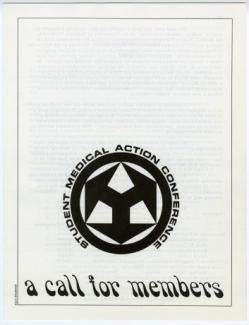 The McGarvey papers document the development of other important activist organizations during this time. In 1965, McGarvey was Chairman for a related organization, the Student Medical Conference (SMC), a professional organization based in Los Angeles for students in the “healing arts. The SMC was established by students from the USC School of Medicine, California College of Medicine, Loma Linda University, and Los Angeles County General Hospital School of Nursing. SMC co-sponsored a fellowship program in community health, held in California in summer of 1966 with the USC School of Medicine, known as (USC-SMC), and also a product of the First Assembly of SHO at the University of Chicago.

Some posters from the McGarvey papers. 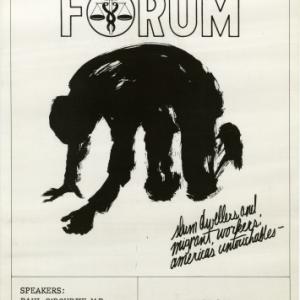 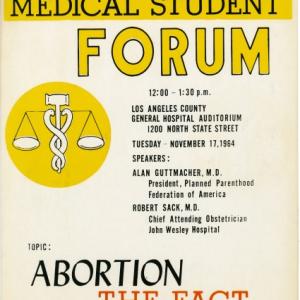 Institute for the Study of Health and Society

As federal funds dried up for SHO, the Institute for the Study of Health and Society was founded in December, 1968 and incorporated in August 1969. The Institute held a similar purpose to SHO: to promote the interdisciplinary approach to societal problems in health care, environment, population, drug abuse, racial discrimination, and professional education; and provide opportunities and resources for young professionals to experiment with new roles emphasizing public accountability. McGarvey, who sat on the Board of Directors, is credited with naming this organization. Leadership borrowed from the Student American Medical Association, with Christian N. Ramsey, Jr. as President and Edward D. Martin as Executive Director (former Vice President and President of SAMA, respectively). The Institute also had a connection to the development of the first Earth Day (held April 22, 1970). The concept was first realized at its conference, “The Environment and the Developing Professional” held October 1969.

McGarvey was involved in other notable, progressive causes. Like many young men at the time, he faced draft due to the U.S. involvement in Vietnam. Having finished his Internship at Lincoln Hospital in 1968, McGarvey enlisted in the U.S. Public Health Service. During his service, other PHS doctors were hatching a plan on two fronts: to overhaul the bureaucratic and outdated PHS system and to use these resources to provide healthcare to underserved communities. McGarvey was part of a PHS group of officers working towards the creation of the National Health Service Corps, (est. 1972-current), now part of the U.S. Department of Health and Human Services’ Health Resources and Services Administration. It is a system for medical students or newly trained physicians to gain experience while providing health care to underserved communities in exchange for financial reimbursement for their medical education. His papers document this work and other individuals involved in the group.

McGarvey went on to serve his residency at Lincoln Hospital and the Albert Einstein College of Medicine (1972-1974), located in the South Bronx, and was later employed by the Health and Hospitals Corporation (HHC) at its establishment in 1970 as assistant to its first President Joseph T. English. His career was based in NYC, holding positions at St. Vincent’s Hospital, Hunter College, NY State Department of Health, Blue Cross / Blue Shield of NJ and NY, and other organizations in the health services field. His papers will be a valuable resource for scholarship in the history of medical student activism and community and public health in New York City and the United States.

The finding aid for the Michael R. McGarvey papers can be found here: http://library-archives.cumc.columbia.edu/finding-aid/michael-r-mcgarvey-papers-1930s-2009